​Found on the beach at Burwick, S. Ronaldsay.
This item which was first thought to be a tail plane from perhaps a civil type, was identified from numbers and a manufacturing plate by ARGOS member Mark Sheldon as a Falconette target drone mainplane from the Falconette II Drone produced from the early 1980s, how it came to be on the beach is anyone`s guess, it may have been wedged in a cliff for many years, it is obviously from a used target and damage shows what appears to be bullet holes. 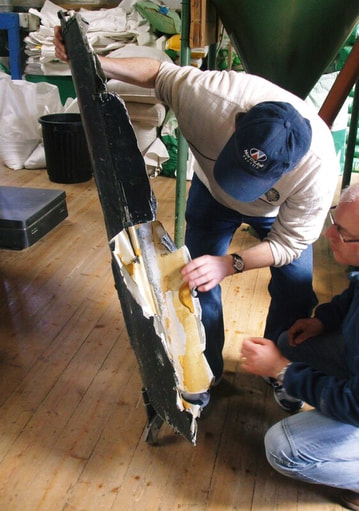 ​Above:  The mainplane of the Falconette being examined by ARGOS members Dave Earl and Magnus Ritch, the wing is filled with foam padding, presumably a weight aspect?  Photo: Dave Ramsey. 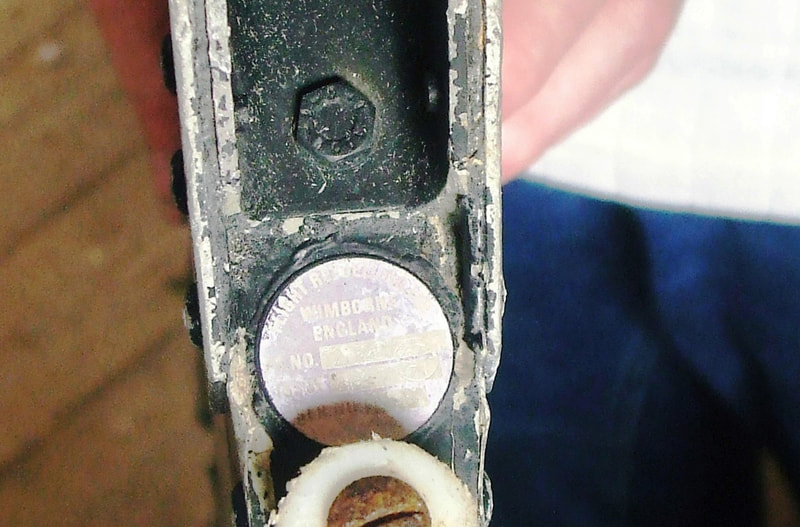 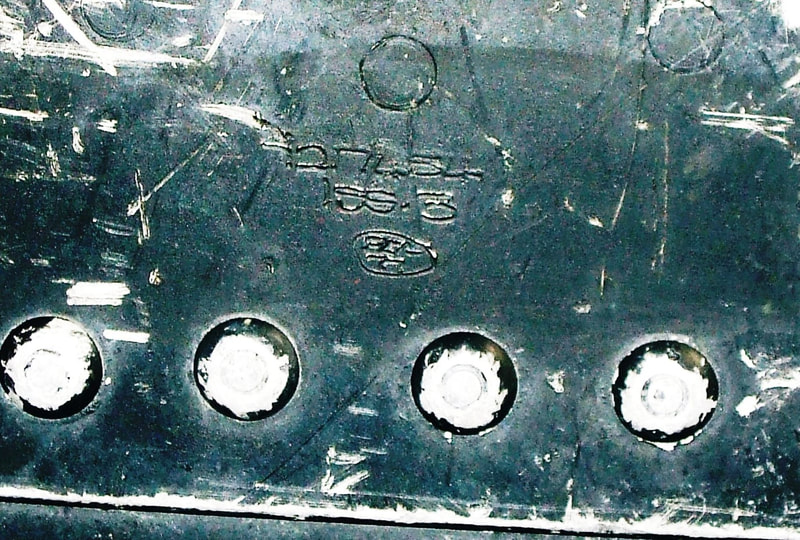 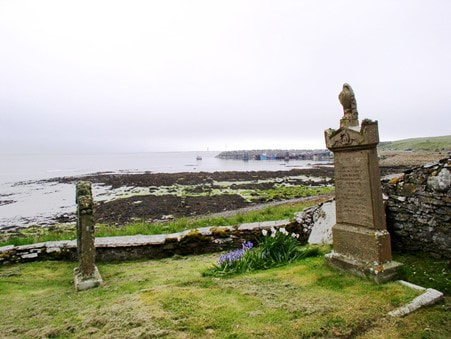 ​Above:  Burwick Bay S. Ronaldsay from the church looking towards the pier.   Photo: Dave Earl.

Below is some information found regarding this drone. Note: all this information is from the internet and de-classified and in the public domain.

A popular British target is the Flight Refuelling (FRL) "Falconet", which has some similarities to the Beech Streaker, though is only about half the weight. The Falconette is designed for low cost of purchase and operation.

The original Falconette was developed in the 1980s and introduced in 1986, and success of the target led to development of an improved "Falconette II". The Falconette II has straight mid-mounted wings, a conventional tail arrangement, and a Micro-turbo TRS 18-242 turbojet engine with 1.62 kN (165 kgp / 360 lbf) thrust mounted in an underbelly pod. It is launched by twin RATO boosters or a pneumatic catapult. The original Falconette also had an interesting "rotary launch" scheme, in which it was tethered to a rotating hub to build up speed on the ground until it lifted off and was released, something like a control-line model airplane. However, the rotary launch scheme implies fixed-site operation and most customers have required mobile operations, so for the time being FRL is not offering rotary launch for the Falconette II.

The drone is recovered with a cruciform parachute and has a crushable nose to take up the shock of impact. The wingtips are also easily replaced. It has a programmable autopilot with GPS-INS navigation and radio control backup. 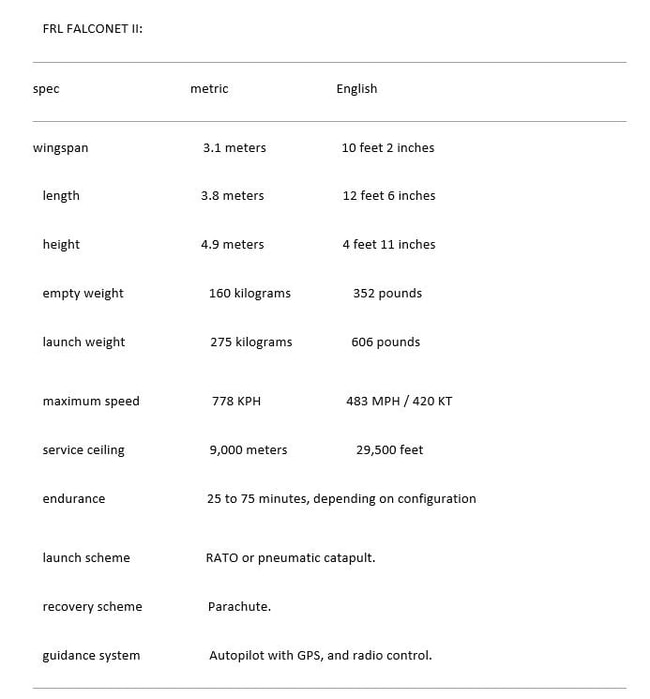 ​​The target can carry an optional payload pod with four possible configurations: 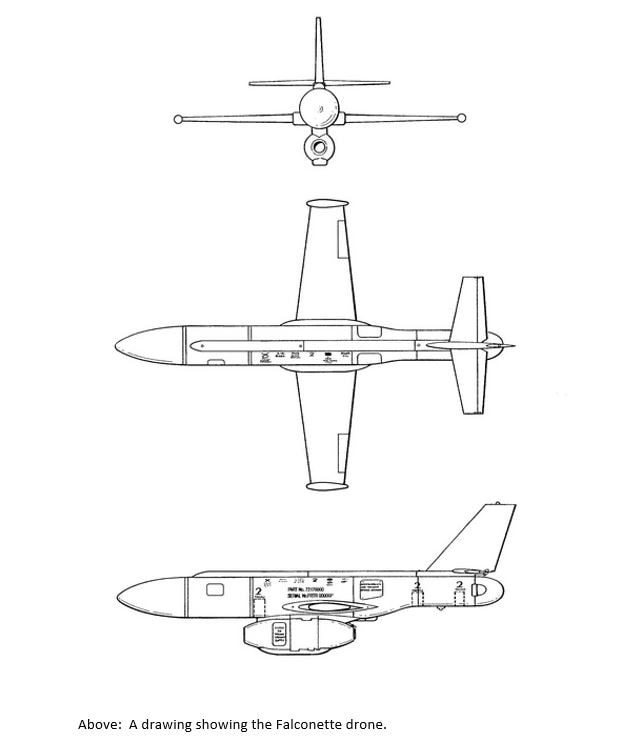 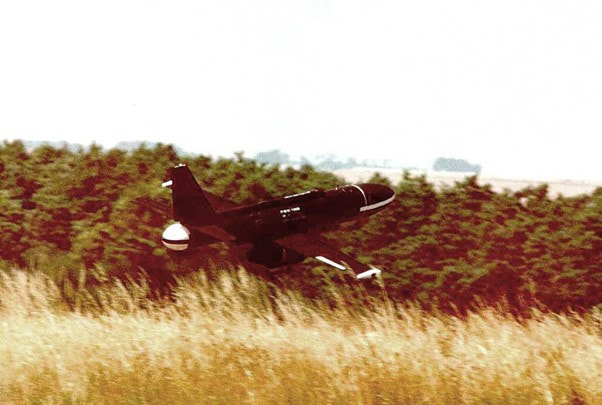 ​A Falconette being launched from a ground firing position.


All rights reserved. Due to the immense amount of research that enabled us to build this site we would like to point out that all material on this website is owned by A.R.G.O.S  though photos are credited to their respective owners. Anyone wishing to use material for their own website or any other purpose are requested to contact us first expressing their wishes. Permission will usually be granted to none profit making ventures, i.e. websites for educational and/or historical purposes, though a link to this website and acknowledgement to the original owners of any photographs will usually be requested.     ​