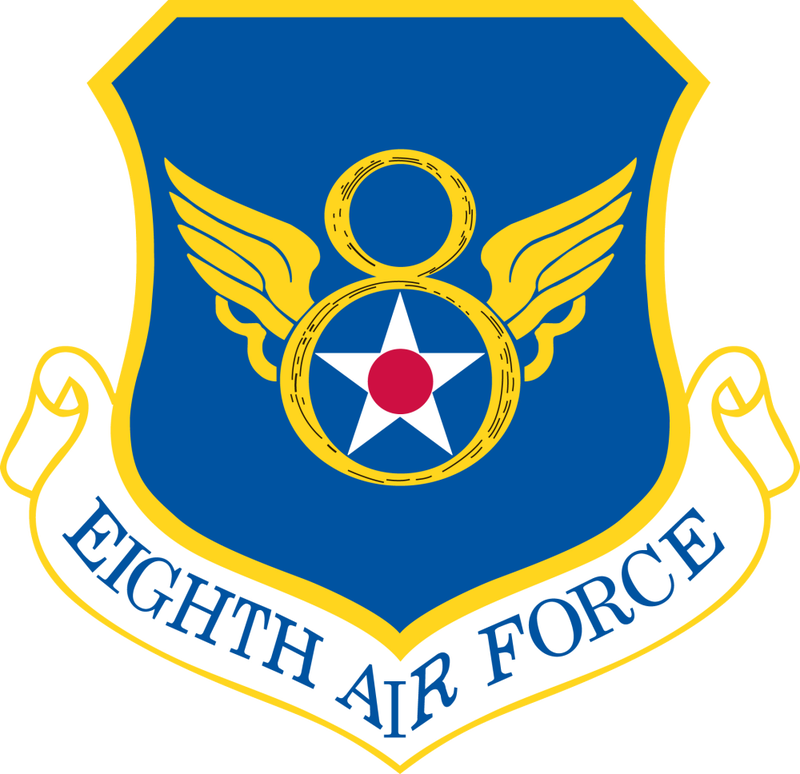 In the early hours of March 31st 1945, a lone B-24H all-black Liberator of the 492nd Bombardment Group 856th Bomb Squadron at Harrington,Norfolk, crashed at Walliwall with the loss of 13 men of the US Army Air Force and Norwegian Special Operations group.
​ 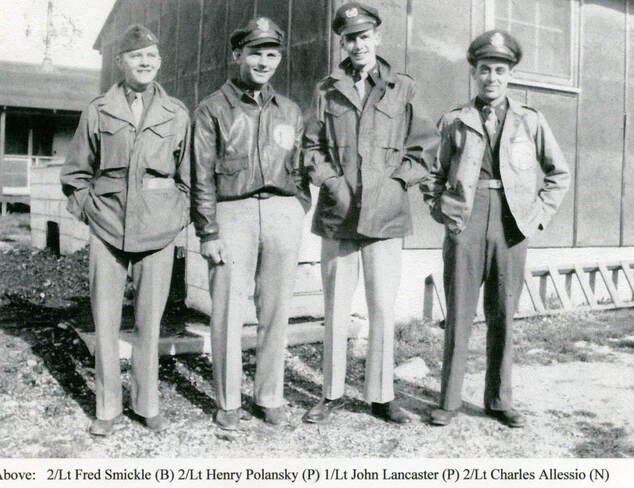 Photo Tom Bacak Via Dave Earl
​
The B-24 Liberator was part of the USAAF `Carpetbagger` top secret operations squadron,and returning from a scrubbed mission over Norway because of heavy cloud cover, and losing height due to icing in carburetors which caused engine failure, the doomed aircraft came down in a field near Wivenoe cottage and burst into flames, only two men baled out,but one died when his chute failed to open at low altitude, the other,the Co-Pilot survived with minor injuries.

​Above:  The navigators brother Louis Allessio with a piece of heavy alloy from the B-24  which was found by a local after the war, Louis had this tested at the Pratt and Whitney plant when he returned to the USA an a technical analysis showed it to be the same specification of that used in aircraft propeller blades. 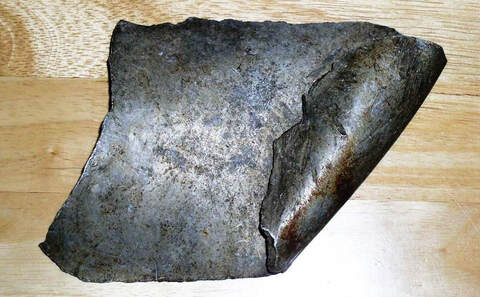 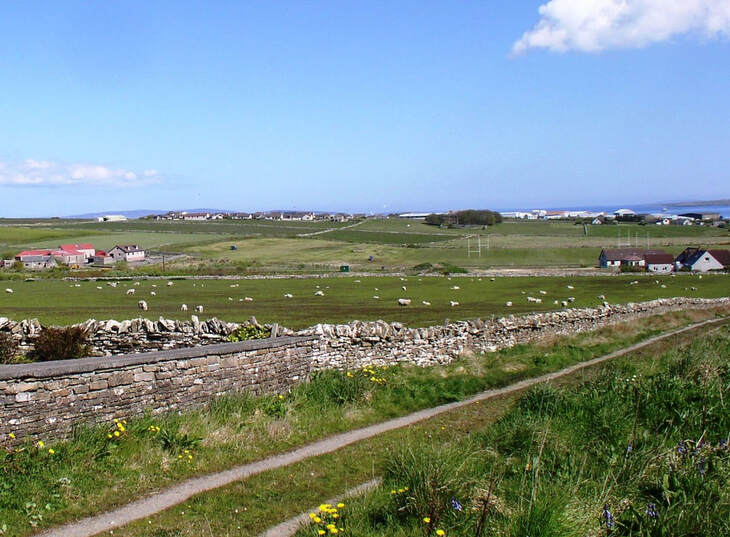 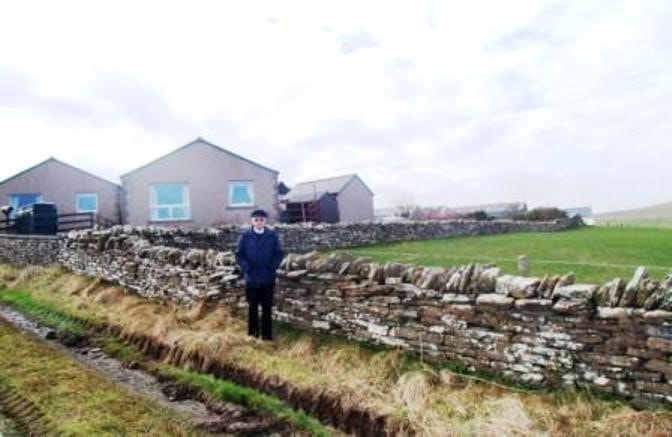 Above:  Robert Cursiter who witnessed the B-24 crashed in the field in 1945, returned to the scene with William Shearer in February 2011. The aircraft was in the field just to the right, and the wall and chalets behind Mr Cursiter would of course not have been there at the time of the accident.   Photo : William Shearer.
​
Also see the account of this crash and more photos of the crew and NORSO passenger  on Dave Earl`s website:


In June following permission from landowners ARGOS surveyed the site of the B-24 for any signs of the aircraft with view to obtaining a licence should any significant readings be detected, however although the site revealed a few small pieces, it looks like the salvage team did a very thorough clean up and  a licence will not be applied for, the survey at least confirmed that we had found the spot where the B-24came to grief. 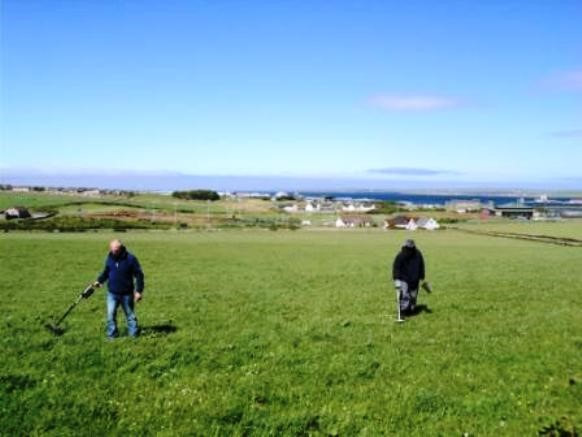 ​Above:  L to R:  ARGOS Members Magnus Ritch and Mark Sheldon search the field on 2nd June for any remains of the B-24.  Only very small fragments were found, but confirmed that this was the area of the crash.  Photo:  Dave Earl.
NEW MEMORIAL IN WESTFIELD, MASSACHUSETTS.  May 2011.
​
​Just received these photo`s from Louis Allessio (Brother to 2/Lt Charles Allessio) of a new memorial in Westfield where he lives, Louie purchased a place on a stone tablet in his brother`s memory. 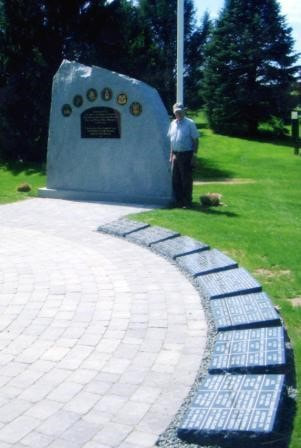 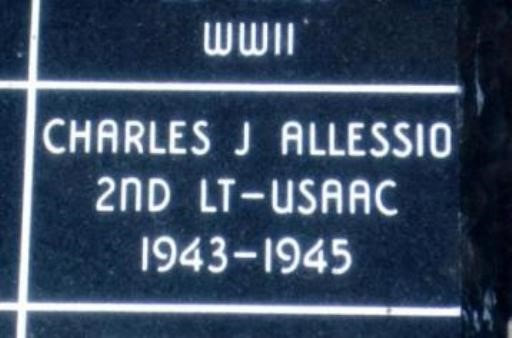 Above: ​A close up of the stone tablet with his brothers name.  Photo: Louie Allessio.
​Floral tribute paid by Ex-RAF man at Lyness Scapa Flow Museum.


As reported on our news page, a recent tribute was paid to the crew and passengers who lost their lives in the B-24 at Walliwall, Dave Hembidge and his wife Hazel were deeply moved by the story covered in Dave Earl`s book `ALMOST HOME` and decided to pay their respects by presenting a floral display to the museum to be placed alongside the memorial board on Thursday 31st May 2012. 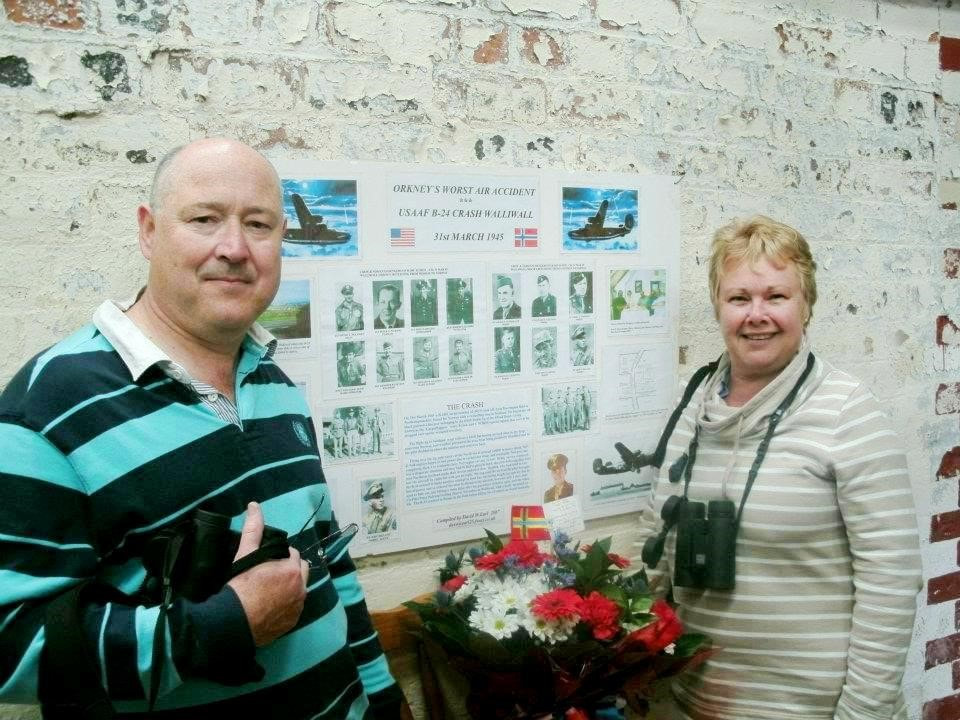 ​Above: Dave & Hazel Hembidge with their floral tribute at Lyness. Photo: Dave Hembidge. 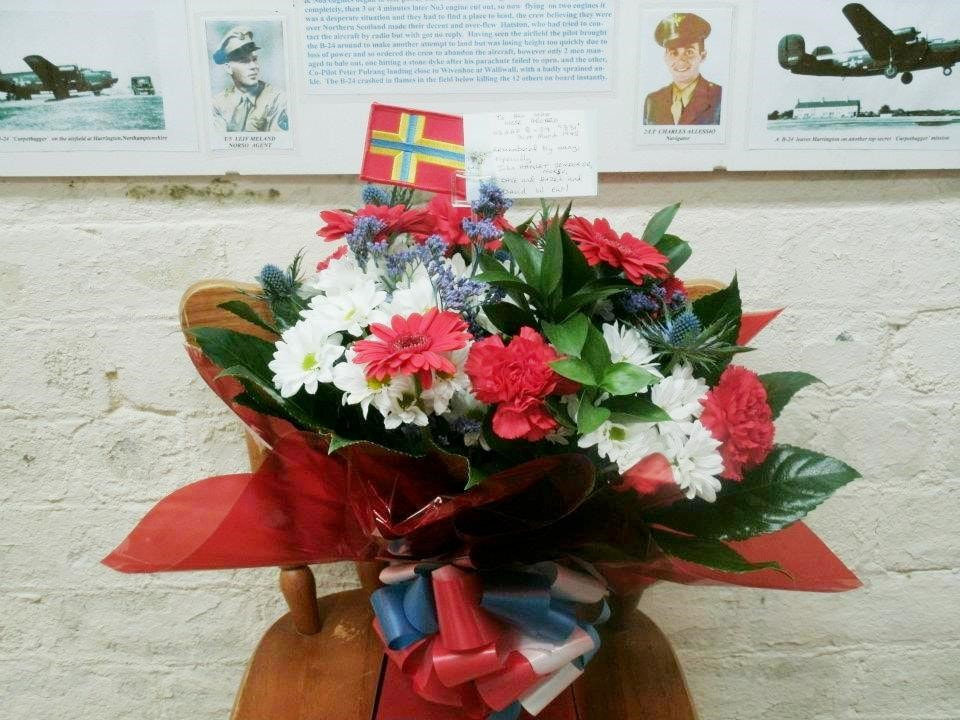 ​Above: The floral tribute by Dave & Hazel.  Photo: Dave Hembidge.