This aircraft ditched into Wide Firth off Kirkwall on 16/11/1943. FN899 was part of 832 Sqn and at the time was being flown by S/L H.H. Saunders RNZN. The plane developed problems due to a frozen carburetor and ditched to the west of Quanterness Skerry to sink in 10m of water. The crew escaped and got  ashore as a report in the log of the Air Sea rescue launch from Shapinsay shows: 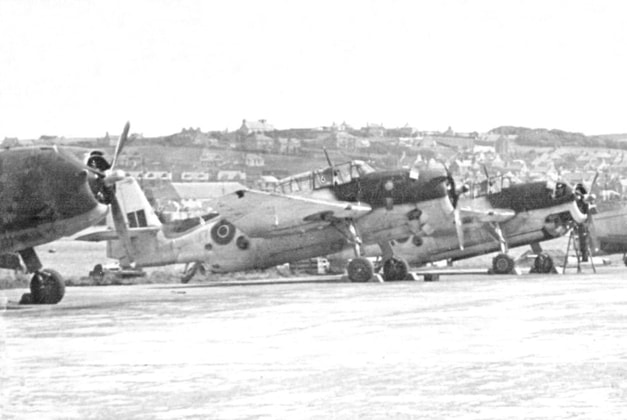 ​Above:  Grumman Avengers at Hatston.   Photo:  ARGOS Archive via William Shearer.
​The Wreck


Originally thought to be a Blackburn Skua, discovered in 1975 by the Kirkwall RNLI Mechanic Alex Strutt while clam diving, a team of divers were sent up from the Fleet Air Arm Museum in Yeovilton in 1987 to look into the possibility of it being raised and put on display as it was a very rare aircraft. After the first dive it was thought that this was in fact a Blackburn Roc, not a Skua and bits of the aircraft were raised and sent to the Museum, These items proved to be from a Grumman Avenger and not a Skua or Roc so the final resting place of FN899 had been found.


Although we call this Avenger FN899 it was at the time of loss a Grumman Tarpon as the name was not changed on these aircraft until 1944.


The aircraft today sits upright on a muddy bottom Stb wing is loose on seabed, port wing is still attached. Engine in place and armour behind pilot seat is still in position and is the highest part. The tail of the aircraft is missing. Lots of loose wreckage on seabed around site. The undercarriage is down which shows how quickly things must have gone wrong ! Clear to see is the 14 cylinder Wright engine, set in two rows of seven cylinders. 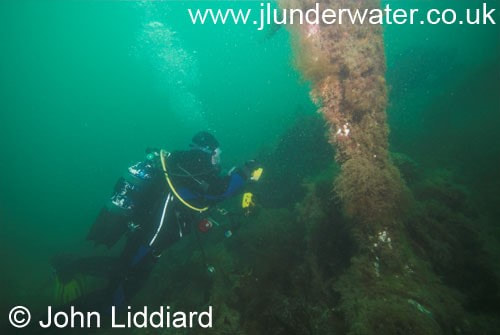 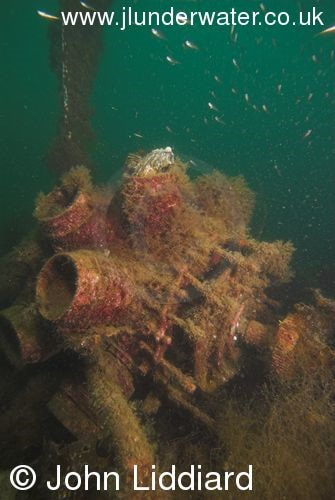 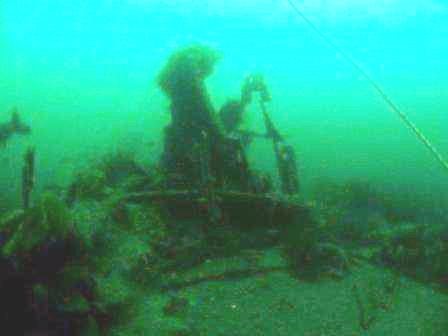 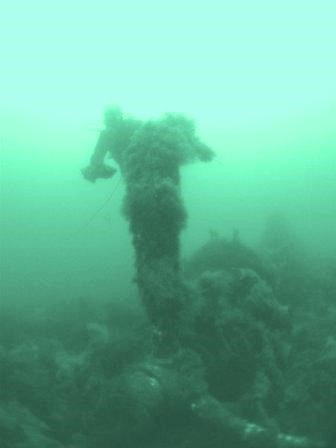 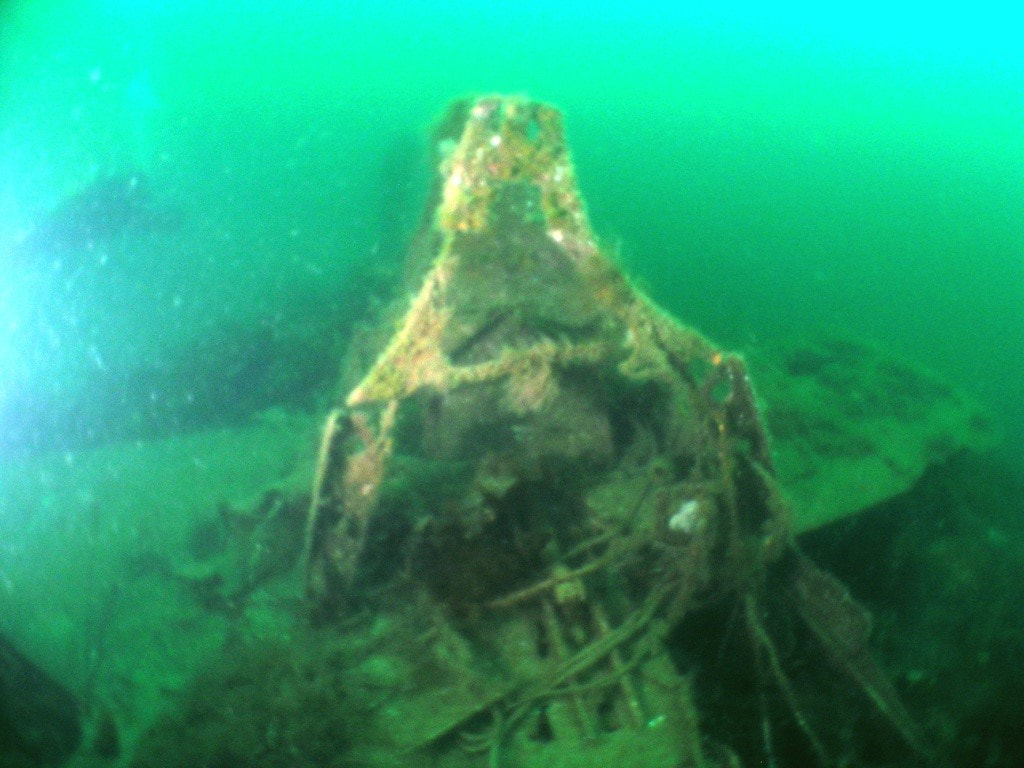 
This week should decide whether an historic plane is raised from its wartime resting place in Kirkwall Bay or to be left to the mercy of the tide and time.


A team of six Navy divers have been lured north by the story of the World War Two plane, the Blackburn Skua, discovered at the bottom of Kirkwall Bay twelve years ago by Kirkwall lifeboat mechanic Mr Alex Strutt as he was diving for shellfish.


''It was virtually intact'' he recalled. It didnt exactly give me a fright but it was a funny kind of feeling. It was a case of having a look in and seeing if there were any bodies or remains.''


There were not and twelve years later the navy divers, guided by Mr Strutt are trying to relocate the historic plane which is thought to be one of only two Blackburn Skua's left in the World.


They have allocated a full week for the task, leaving on Saturday.


Mr Strutt said: ''By that time we hope to have relocated it and had a proper survey done on it. They then report to the Fleet Air Arm Museum at Yeovilton on their findings. If the museum want it and it gets the go-ahead, there is every possibility of getting it raised, hopefully in July.''


The mission to locate a wartime aircraft in Kirkwall Bay ended in success last Friday.


A team of six Royal Navy divers found the plane just over half a mile from ferry point halfway between Damsay and Quanterness Point, However, Mr Alex Strutt, who originally found the plane, said: ''We have established that it is not a Blackburn Skua.'' Instead it is believed to be a Blackburn Roc which is even rarer as there is thought to be only one left. ''Bits have been knocked off and we were able to recover these pieces.'' said Mr Strutt. These include some radio equipment which had serial numbers and are now being examined at the Fleet Air Arm Museum in Yeovilton. '' Being a Roc they are fairly confident that the museum will want to try and recover it,''he said. Some Parts are surprisingly solid and some parts obviously are very tender. I think the general condition could be described as fair.''


The team plan to return in July, whether or not it is being salvaged. Mr Strutt stressed that the aircraft is a protected wreck. ''It is a very serious offence to dive without permission on a military aircraft,'' he said. It will be kept under observation.


The plane was originally discovered 12 years ago at the bottom of the Bay by Mr Strutt, a Kirkwall lifeboat mechanic as he was diving for shellfish.


Meanwhile one man believes that he actually saw the aircraft land in the water. Mr Sandy Mair of ''Glendale'' , Kirkwall, explained: '' I just happened to be watching the plane taking off. It gained a bit of height then gradually flopped down into the bay. Within a matter of minutes a motor boat left the pier and picked up the two men.''


Mr Mair thought the incident took place in 1940 or 1941 when he was working with a firm of building contractors at Hatston. 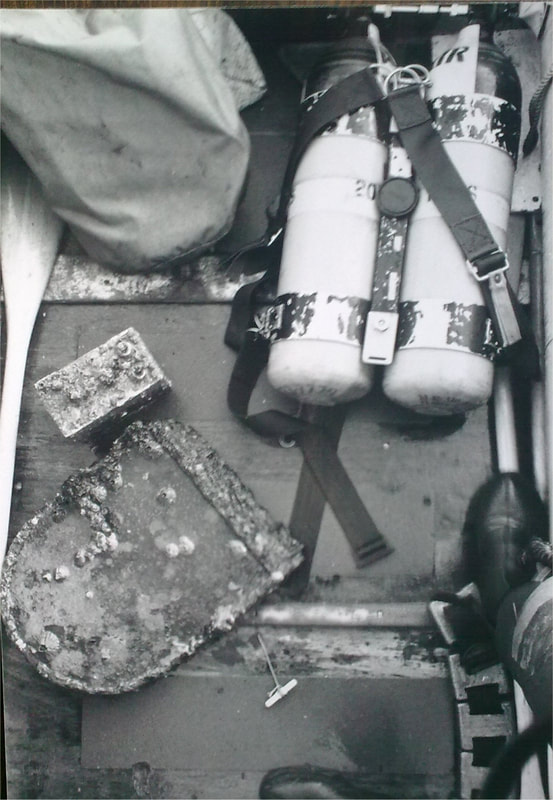 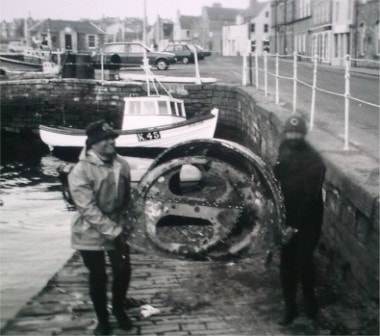 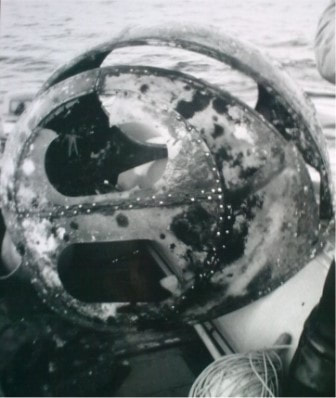 
The following photo's are of the late John Bevan on FN899 on 26th June 1988 while diving off the diveboat MV Sunrise.


John reports seeing a round brass radiator under the wing & two machine guns, one in each wing with 50. rounds, also radio in the rear cockpit. 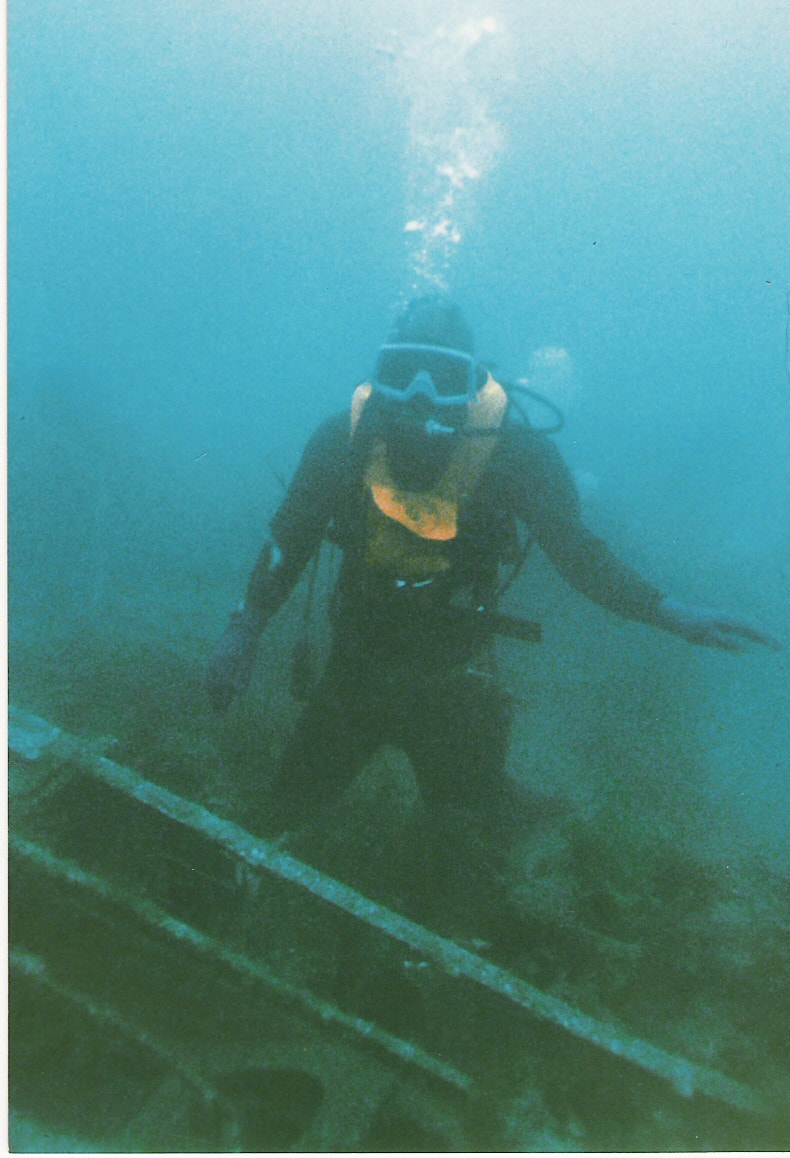 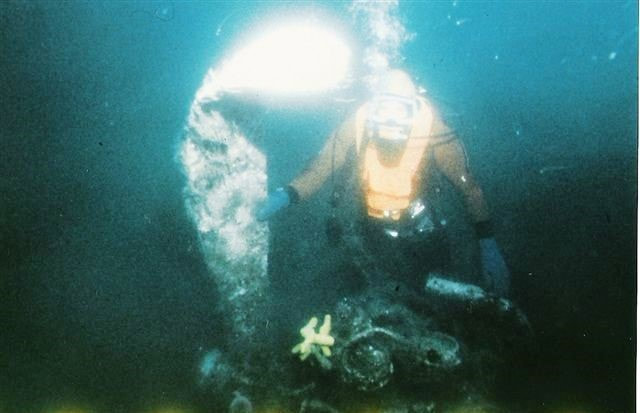 ​From a book of TAG stories edited by R.G. Fletcher entitled `Touch And Go`. 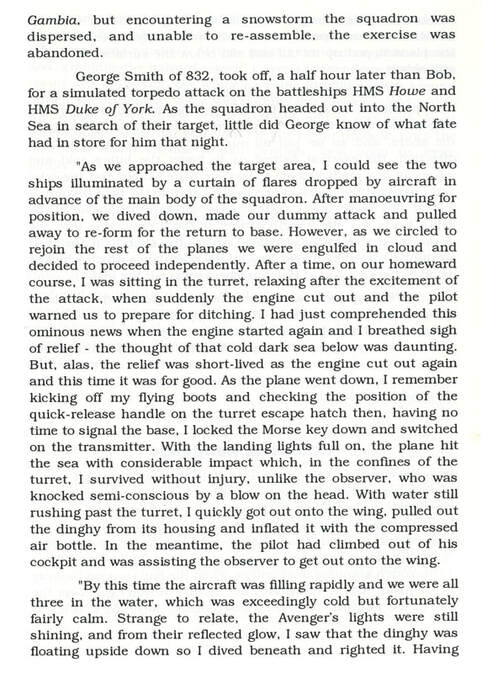 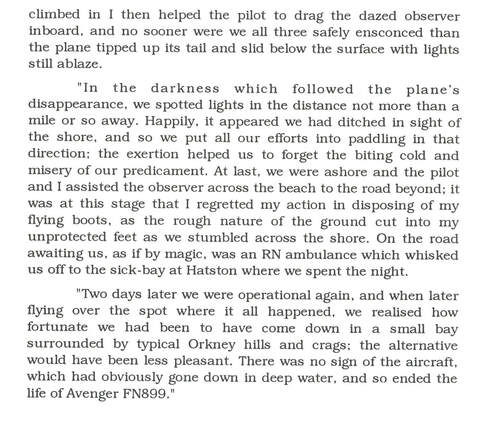