CRASHSITEORKNEY
Events in Orkneys aviation History prior to WW2 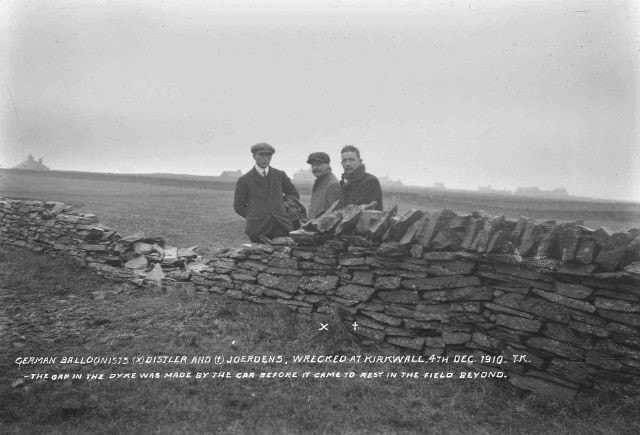 Above: ​Orkneys first aviation accident  (Tom Kent)   (The man on the left is George Leonard, the other two are the German balloonists Distler and Joerdens).

​​December 1910 three Germans took off in a balloon from outside Munich, heading they thought for Switzerland. Once aloft the weather changed, cloud built up, the wind veered and by nightfall they were completely lost. In the morning hearing the sound of the sea they descended for a look. Unfortunately their basket bounced off the top of a wave then shot upwards. When they had recovered their wits Herren Distler and Joerdens realised that their companion Herr Metzger had been thrown out of the basket. He was never seen again. As the second night approached the two survivors saw some lights and started another descent. Once again the basket hit the sea before being dragged ashore by the partially deflated balloon where they demolished a wall. They found themselves on the outskirts of Kirkwall, I would imagine very glad to be alive !
First ​Aircraft Carrier Landing
​ 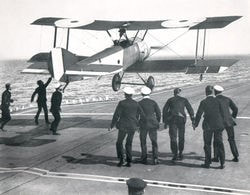 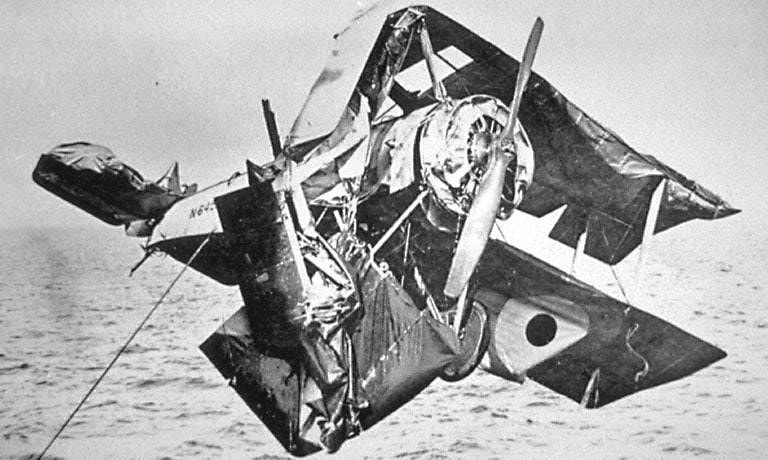 Above left: The first landing on a moving British Aircraft Carrier HMS Furious took place in Scapa Flow on 2nd August 1917. The Sopwith Pup was flown by Commander Edwin Harris Dunning. DSC. RNVR. ​
Above Right:​Sadly another attempt five days later ended tragically when the aircraft went over the side of  Furious and Commander Dunning was drowned. 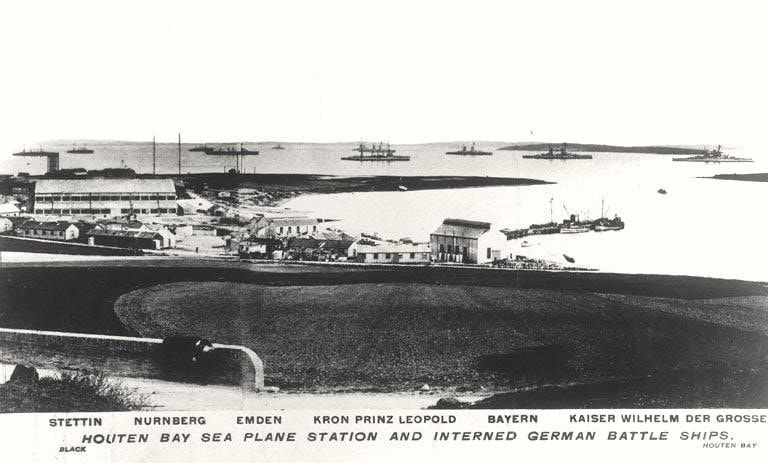 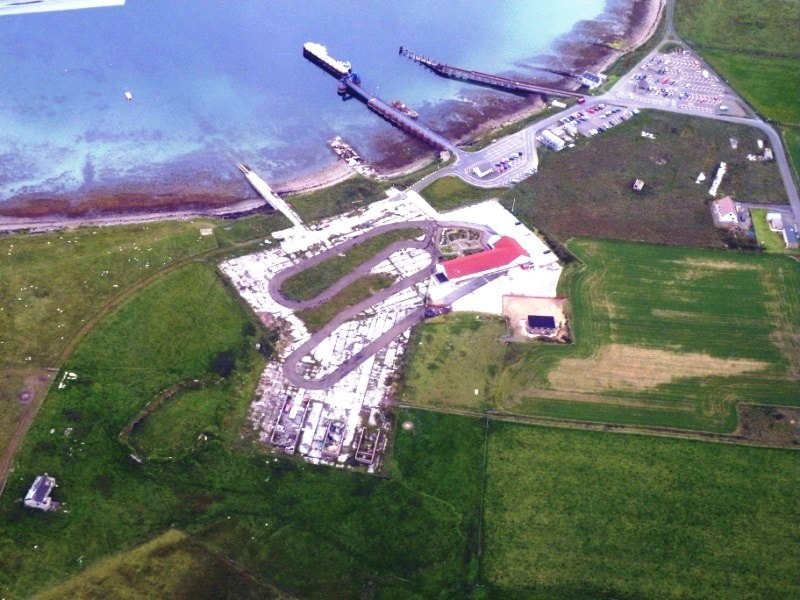 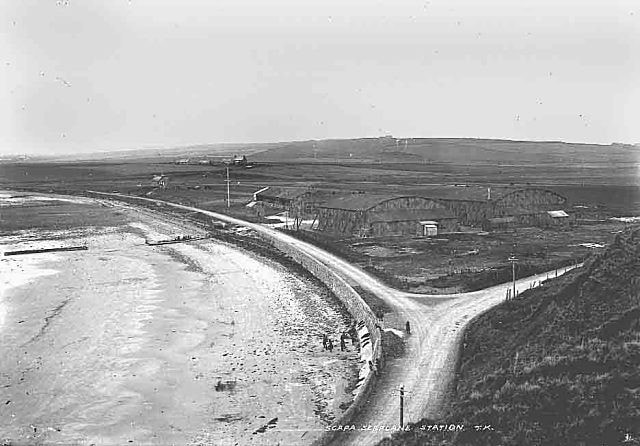 ​The Sea Plane base at Scapa (T Kent)
The 1924 U.S. Round the world record attempt 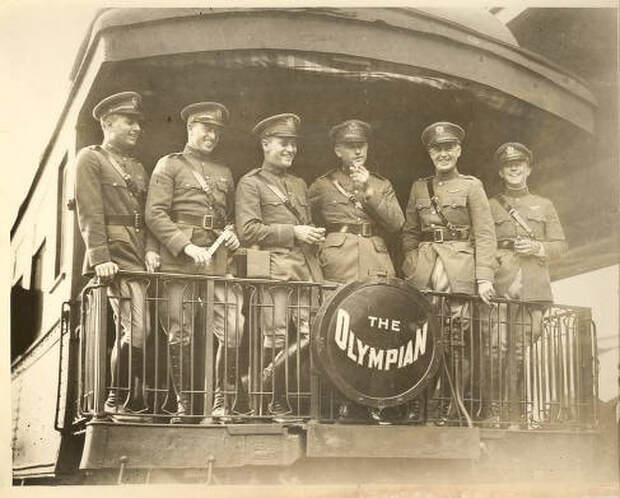 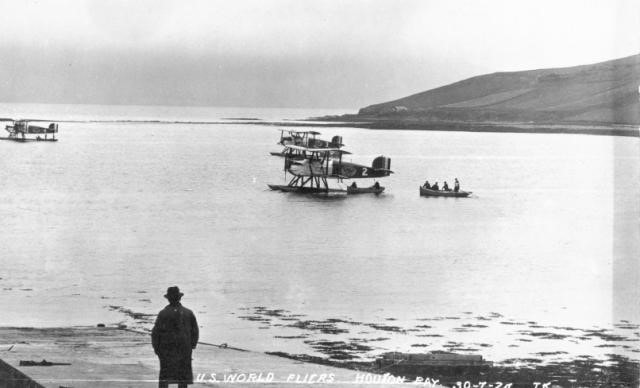 Thursday: Much fog along the route to Iceland & today's trip was called off about 10:30.

Scapa Flow is full of the German Navy that was sunk [scuttled] here early in 1919, many of the vessels not being completely submerged. The "Hindenberg" pride of the German Navy, a dreadnought [battleship], has considerable above water & we decided to look her over -- so accompanied by Naval Officers, newspaper & cameramen, we boarded it, looked all around, even climbing to the tops of the masts. While aboard Wade lost a bet by failing to make the jump from one big gun to another & falling overboard -- the water here, by the way, being a temperature of 55 degrees.

In the afternoon we drove to the town of Kirkwall & looked the town over -- quaint narrow streets, small stone houses, use peat for fuel, and a church built in 1137. Fair Island sweaters seemed to be a best buy & I guess everyone bought a couple. Also they sell the biggest drinks anyone ever saw.

We returned to ship in time for dinner, talked & wrote awhile, and then turned in. 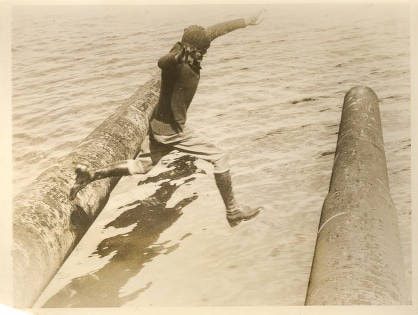 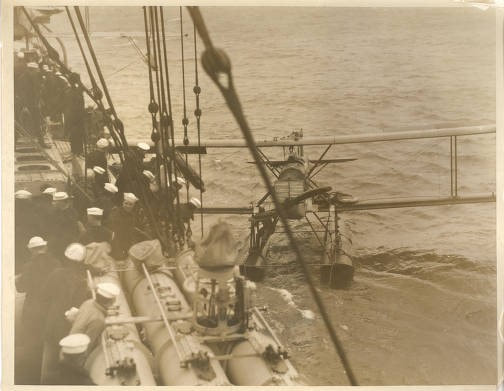 ​Lt Wade & Lt Ogdon's aircraft ''Boston'' alongside the destroyer Billingsley after ditching during the Orkney-Iceland leg of the trip. The aircraft was taken under tow but then sunk by gunfire.

A great blog about the fliers by Jim Pitts 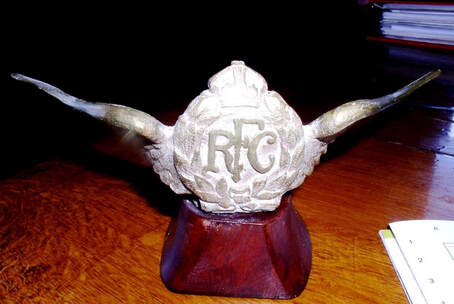 ​Remnants of a bygone era, Royal Flying Corp wings believed to have been from an officers  car bonnet mascot,now owed by Mr Ivan Craigie of Clestrain.  Photo: Dave Earl.
Sopwith Camel N6636    Clestrain, Orphir  03/08/1918
The Sopwith Camel is believed to have taken off from `HMS Calliope` in Scapa Flow and was heading for either Houton or Scapa when it hit an air pocket while turning and crashed in a field at Clestrain,Orphir killing the 24 year old pilot. Lt J.P.Walker. 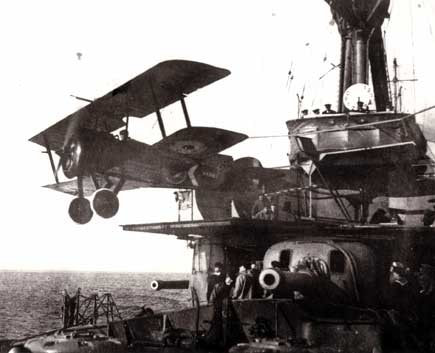 Above left: A Sopwith Camel.
Above right: A Ship`s flight Camel 2-F1 taking off from a ramp attached to guns aboard HMS Calliope. 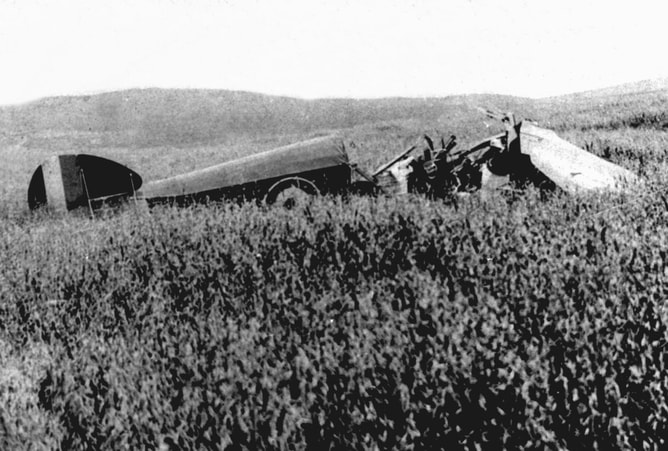